The polycarbonates are polymers which have organic functional groups linked together by carbonate groups. The low symmetry of bisphenol A which promotes amorphous resin formation, and its preparation from the cheap, readily available raw materials acetone and phenol , over 99% of the world’s commercial polycarbonate resins are based on this chemical.

The polycarbonates are applied directly or through blending in various terminal product industries.China's PC industry has come up against the boundaries of technology , and the production capacity has been growing slowly for a long time.

Here are details of international trade market of the industrial chain in Q1 of this year. 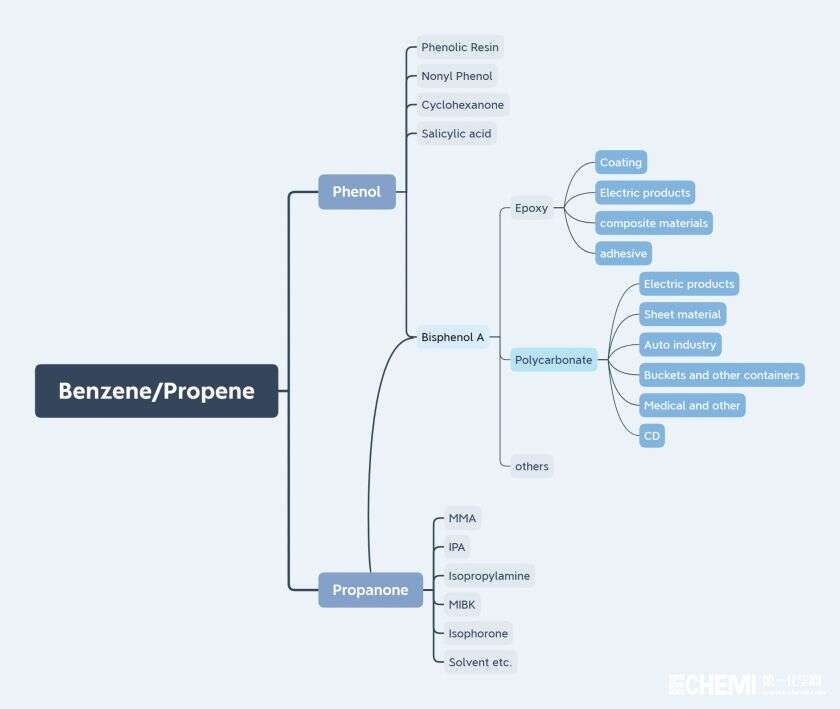 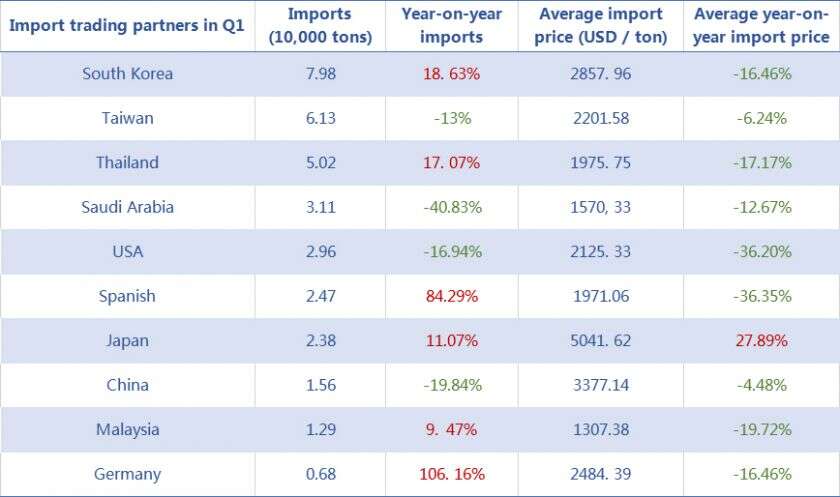 From the perspective of trading partners in the first quarter, China’s total imports of PCs saw a significant drop in supply from Saudi Arabia, with multiple drops of more than 40%. This was mainly affected by device maintenance during this period. South Korea, Spain and Germany, which have the highest import volume, have seen the average price decline relatively obvious on many occasions. Only Japan showed a trend of rising volume and price.

China's total PC imports were viewed from the trade method in Q1, and general trade was still the main import method, and showed an upward trend year-on-year. The main domestic purchase mentality and the impact of prices falling to low levels. The year-on-year decline in volume and price of imported materials processing trade was obvious, and overseas public health events escalated. In March, pc import volume reached 23.88% year-on-year, and the average price decreased by 18.47%.

From the perspective of trading partners, the total export volume of China ’s pc has seen a significant drop in volume and price in Hong Kong and Taiwan, and a significant increase in Thailand.

From the perspective of trade methods, China's total PC export volume is dominated by imported processing trade, with a significant year-on-year increase in volume and a decline in prices.

BPA is an important raw material for PC production, with a unit consumption of up to 0.9. With the gradual growth of China's BPA production capacity, the current external dependence is 29%. China's BPA is mainly used in the production of epoxy resins and PCs, and their consumption accounts for more than 90%.

Phenol is an important raw material for BPA production, with a unit consumption of up to 0.8. China's phenol is currently dependent on foreign countries at 15%, which is mainly used in the production of BPA and phenolic resins, and their consumption accounts for nearly 90%.

China's phenol imports rose year-on-year. Among them, the supply from Taiwan rose 687.85% year-on-year in Q1.

China's benzene import trade methods showed that the import volume of the main trade methods all showed a year-on-year upward trend in Q1, and the import processing trade increased significantly. Under the low oil price operation, the import prices have dropped to varying degrees.