 Home > Chemial News > Valuable News > What does the port volume tell us?

Ministry of Transport just released the April stats which show the economy is pretty resilient in April and getting firmer and better.

The whole nation’s ports handled 1,192.73 million tons of cargoes, a 4.1 per cent growth compared with April 2019.
For the first 4 months, there is only a slight decrease of 2.3% accumulated 4,199.99 million tons. But the good thing was foreign trade volume did not fall, it achieved 0.9 percent growth YoY, 1,395.46 million tons.
Container is bit disappointing than others. April volume was down by 6 per cent YoY due to lockdowns in major economies. For the first 4 months, it recorded a minus 7.8% totaling 75.84 million TEU. The most dynamic two delta area, led by Shanghai & Ningbo-Zhoushan and Shenzhen & Guangzhou all saw negative growth.
Shandong province led by Qingdao shows strong resilience gaining growth.
Container –Total and top 20 ports 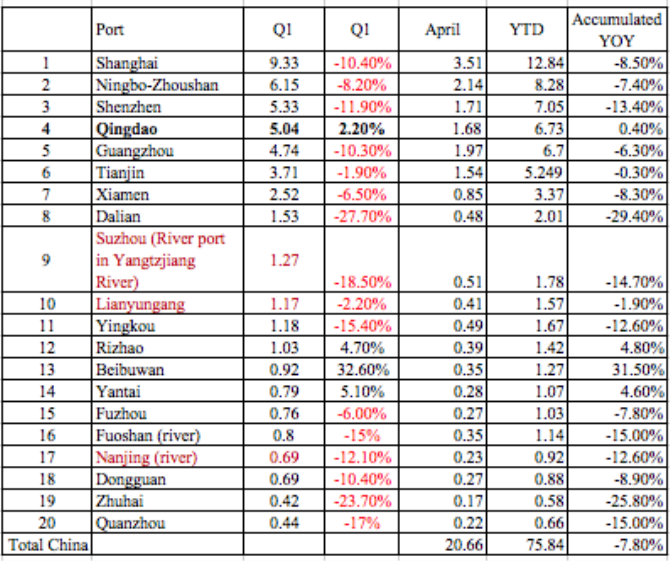