Many factors may affect monoammonium or risk reduction 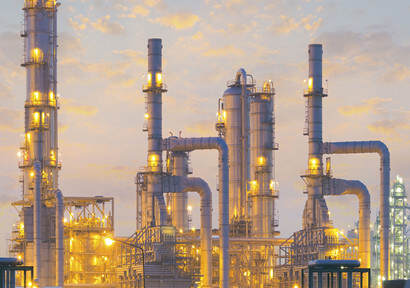 Although the price of ammonium monoammonium in large factories in Hubei is still relatively strong, it is reported that 55% of ammonium monoammonium powder in small factories is accepted and discharged from factories as low as 1960-1970 yuan, and the quotation of Sichuan monoammonium has been reduced. 55% of ammonium powder in large factories has been reduced from 2050-2150 yuan in the previous period to 1980-2100 yuan, and the actual turnover is 1950 yuan or slightly lower. The price of Monoammonium has been lowered. Why does this happen? Previous part of the company also intends to push up, but why has this voice disappeared recently? The author makes a brief analysis of the questions as follows:

The autumn demand has not yet arrived, and the raw materials for pre-purchasing of compound fertilizers still exist. In past years, the autumn demand for monoammonium was probably in July and August. Reverse downstream purchasing began in mid-early June or even early June. However, in order to quickly consume inventory and low transaction prices, the compound fertilizer enterprises consider that the risk is not high and the purchase volume is large in stages. Moreover, due to environmental protection, safety inspection and other reasons, the operating rate of compound fertilizer in recent stage is low, so the consumption rate of its own raw material inventory is slow, and some enterprises have not yet purchased all of the raw material ammonium to the plant. It can be seen that this year's situation may be different from previous years. At present, the downstream compound fertilizer enterprises pay little attention to ammonium. Enterprises in Northeast China even intend to sell the remaining stock of raw materials.

Enterprises'orders to be issued are gradually decreasing and new orders are not well traded. After May 1st, new orders of Monoammonium began to weaken gradually, and the volume of transactions was not large. Most of the pending orders could be executed until the end of May or the beginning of June. Only a few enterprises claimed that they could be executed near the end of June. Some enterprises even had few pending orders. If the new orders did not keep up, they would gradually backlog inventory. The supply of goods purchased by traders in the earlier period would not flow to the factory, which would also bring pressure to monoammonium enterprises. In the long run, there is a risk of price reduction for monoammonium, and low-end prices may continue to fall. The annual overhaul time is uncertain for a while, and the shutdown devices in some areas have resumed production. According to statistics, the overall starting rate of Monoammonium is 45.51%, and the starting rate of Monoammonium in Hubei is 49.17%. The overall start-up rate of enterprises is still at a low level, which is about to reach the annual maintenance period of ammonium. Up to now, most enterprises have not yet decided when to overhaul and how long to overhaul. Only a few enterprises are ready to start overhaul for 20-25 days near the end of the month after the execution of the pending orders. It is reported that some units in Hubei Dachang have been reproduced, some granular ammonium units in Henan enterprises have been reproduced, and all units in individual enterprises are ready to be reproduced at the end of the month. The prices of sulfur and liquid ammonia for raw materials kept falling and the cost support was insufficient. Since May, the price of sulphur has fallen mainly, especially port sulphur. The price has gradually declined, with a rate of 5-10 yuan per day. At present, the price of particulate sulphur in ports such as the Yangtze River Port has dropped to 960 yuan. The port mentality is negative and the turnover is very light. After entering May, the price of liquid ammonia continued to decline. At present, the acceptance price of liquid ammonia in Hubei has dropped to around 3000 yuan, which is more than 300 yuan lower than the previous period, and there is still a price reduction expectation.

In summary, it can be seen that the sound of ammonium bulletin disappears for reasons. At present, the demand is slow and unstable, coupled with negative factors such as raw materials and supply, the price of ammonium is not only unstable, but also has a downward risk. In the later period, we need to pay attention to such factors as the annual overhaul time of ammonium enterprises and so on.

Wang Xiangsheng: Going to Coal is a false proposition