A batch of pharmaceutical circulation enterprises were eliminated 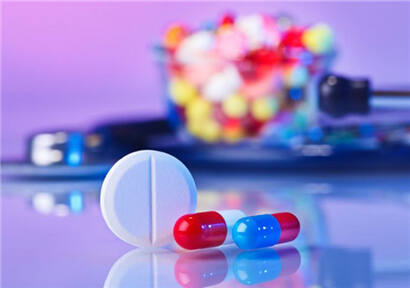 On July 25, a batch of pharmaceutical circulation enterprises quit. Recently, Cyberblue found in the information of People's Court Announcement Net that nearly 20 pharmaceutical enterprises have withdrawn from the industry or been restructured.

Several Opinions on Further Reform and Improvement of Pharmaceutical Production, Circulation and Use Policy issued by the General Office of the State Council on February 9, 2017 clearly stated that breaking the market segmentation and local protection of pharmaceutical products, promoting cross-regional, cross-ownership merger and reorganization of pharmaceutical distribution enterprises, and cultivating large-scale modern drugs Key circulation enterprises. At the same time, small and medium-sized pharmaceutical distribution enterprises should be encouraged to specialize in business and promote the transformation of some enterprises into distribution and distribution mode. The purpose of this document of the State Council is very clear. It is basically to solve the problem of "small, scattered and disorderly" in the circulation industry, reduce the number of enterprises and improve the quality of enterprises. Under this background, on June 5, 2018, CCTV Finance and Economics Channel reported that Henan Pharmaceutical Logistics Wholesale Enterprises had changed from 303 in 2017 to more than 210. The reason lies in the fact that under the state's big policy, many irregular small enterprises die and then go bankrupt completely, and some choose to merge and reorganize with large commercial companies. In fact, some pharmaceutical enterprises appeared in the bankruptcy documents in 2019, which is in line with the policy planning.

According to CyberBlue Observation, many retail enterprises have applied for cancellation of Pharmaceutical License. In fact, at present, pharmaceutical distribution enterprises, including production and retail, are undergoing a change. Some enterprises can grow stronger and stronger if they keep up with the pace of reform, while others are slowly falling behind for various reasons. Metabolism is a very normal phenomenon in any industry.

Only by constantly promoting the old and bringing forth the new, can the industry become more and more standardized. Numerous facts have proved that the more standardized and healthy competition in an industry is, the brighter the future of the whole industry will be.

Jiyao Holdings' End of Acquisition and Amendment of Pharmaceutical Listing

How should domestic enterprises meet the development of generic medicine