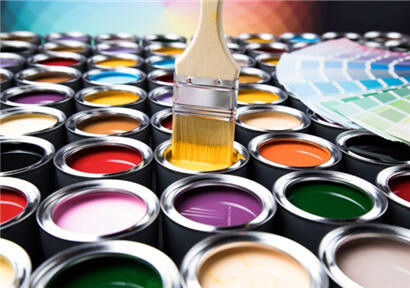 At present, China is the largest country in the production and consumption of coatings, and most of them use solvent-based coatings. Solvent-based coatings emit volatile organic compounds (VOCs) which cause serious air pollution during production, construction and curing. According to statistics, the VOCs content in the production and processing of coatings accounts for 20%-25% of the total VOCs emission, which is the second major factor in VOCs pollution production of coatings on-line coatingol.com. Therefore, environmental friendly waterborne coatings are the development direction and inevitable trend of coatings in China, which is on the road of sustainable development.

In the painting process, the release of volatile organic compounds (VOCs) from traditional oily coatings has become one of the main sources of air pollution. On the one hand, it is the core element of haze. On the other hand, its own formaldehyde, benzene, heavy metals and other substances will bring direct harm to painters and users of products. Therefore, reducing the market share of paint has always been the main direction of the paint industry. Waterborne coatings and powder coatings are the substitutes for paints advocated by the state in recent years. Especially waterborne coatings, which use water as solvent, can greatly reduce VOCs emissions while maintaining product quality. According to statistics, the output of powder coatings is increasing year by year, and the number of domestic powder coatings enterprises is also increasing at the same time. Many solvent-based coatings enterprises are gradually transforming into powder coatings. Some coatings enterprises have increased their investment in powder coatings market. Akzo Nobel, the No. 1 powder coatings brand in China, has invested 11 million Euros to build a new powder coatings production base in Chengdu. Up to now, there are no less than 6 powder coatings production bases in Greater China. At the same time, the output of water-borne coatings is also increasing day by day, and the proportion of water-borne coatings in the output is rising synchronously. The development of oily coatings is becoming weak, and waterborne coatings are ushering in the peak period of development. With the improvement of national environmental protection laws and regulations and the increasing awareness of environmental protection among coating enterprises and the public, it is imperative to develop water-based environmental protection coatings. Traditional architectural coatings and automotive electrophoretic primers are becoming more and more water-based. At present, the technology of water-based industrial coatings is becoming more and more mature. It is gradually applied in wood furniture, automobiles, containers, construction machinery and other fields.

The greatest driving force of "oil to water" comes from the government's impetus to force the transformation and development of traditional coatings enterprises with increasingly stringent policies. According to statistics, more than 20 cities, including Shenzhen, Beijing and Tianjin, have begun to introduce relevant "oil ban" policies. However, the realization of "oil to water" is far from simple as imagined. In the production sector, the transformation of production lines and the increase of production costs have deterred some small enterprises without technical and economic strength. After the oil-to-water conversion, a series of follow-up construction services such as painting equipment and construction habits should be changed, which will inevitably increase the transformation cost of enterprises. In order to replace oily coatings with waterborne coatings, it is necessary not only to reform the original painting production line, but also to seek a breakthrough in the process of popularization and application. Mechanized painting technology and drying technology are all difficult problems that need to be solved urgently by domestic enterprises. As the key object of VOC control in China, container industry has already started to promote waterborne coatings as early as a few years ago. However, due to the lack of uniform standards and operational specifications in the industry and the fact that the cost is higher than that of solvent-based coatings, the industry has fallen into the dilemma of "who is environmentally friendly and who is losing". The same problem exists in other fields. Although "oil to water" is imperative, it can not be completed in a short time.