Temasek holds sale of Watsons shares due to valuation differences People familiar with the matter disclosed that Temasek temporarily shelved the sale of its minority interest in Changshi and its Watsons group. On September 3, Temasek delayed the sale of its minority stake in Changhe and its Watsons group, according to foreign media reports. Temasek suspended the sale process after failing to agree a valuation with potential buyers, people familiar with the matter said. In addition, in addition to the turmoil in Hong Kong's domestic market, uncertainties surrounding brexit have also affected the retailer's business in the UK. In March, Temasek sought about $3 billion by selling about 10% of its Watsons stake, according to people familiar with the matter. Temasek is considering selling just under half of its 25% stake. People familiar with the matter also pointed out that Tencent may join hands with some investment funds to launch a joint acquisition of Watson's shares. At the same time, these shares also attracted Alibaba's interest. According to the query data of real estate new media, Watson is a brand of Changhe which mainly focuses on health care and beauty. Temasek entered into a business strategy alliance with Changhe in March 2014, and purchased 25% equity of Watson group from Changhe, involving 44 billion Hong Kong dollars. 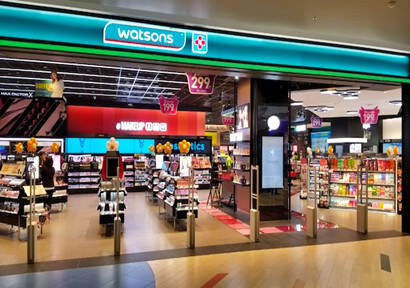