The following is the original text of the notice: in the coming of the annual "double 11", regulating the order of online audio-visual e-commerce live programs and advertising programs, creating a good online audio-visual environment is of vital importance to the interests of the people. We should adhere to the guidance of Xi Jinping's new socialist ideology with Chinese characteristics, conscientiously implement the responsibility system of ideological work, adhere to the correct political direction, public opinion orientation and value orientation, and further strengthen the management of live and advertising programs in network audio-visual e-commerce. We hereby inform you of the following issues:

1. Adhere to the correct orientation and strengthen program management. Online audio-visual e-commerce live programs and advertising programs (including information services, embedded advertising, "creative medium", live shopping, shopping short video, etc.) are important components of online audio-visual program services. The content of programs should not only comply with advertising management laws and regulations, but also comply with the relevant provisions of online audio-visual program management. We should conscientiously implement the requirements of "advertising and publicity should also focus on guidance", conscientiously enhance political awareness, guidance awareness, responsibility awareness and legal awareness, run the guidance management through all aspects of program production, review, broadcasting, etc., and ensure the guidance, content and personnel. We should put social benefits first, vigorously carry forward the core values of socialism, build a positive spirit, emphasize quality and style, and actively spread positive energy. Second, standardize the service content and safeguard the interests of the masses.

Each network audio-visual program service agency shall actively serve the overall strategy of the national economic and social development, especially in response to the major deployment of the country's poverty alleviation, make the network audio-visual e-commerce service become an important channel to promote agricultural and special products in poor areas, expand the coverage and influence, and help the industry in poverty alleviation through live e-commerce, short video and other means. Make full use of big data, artificial intelligence, blockchain and other new technologies, and according to the characteristics of different poverty-stricken areas and the masses, accurately push poverty alleviation products to the users in need, so that online audio-visual e-commerce can better serve the grassroots and the masses. Strengthen supervision and management to create a good environment. The radio and television administration departments at all levels shall strengthen the responsibility of territorial management and, together with relevant departments, strengthen the supervision and management over the broadcast of live online audio-visual e-commerce programs and advertising programs by the network audio-visual program service institutions within their jurisdiction during the "double 11" period. We should respond to the concerns of the masses in a timely manner, and deal with the illegal behaviors in the online audio-visual service activities discovered by the supervision and reported by the masses in accordance with the laws and regulations.

It's not a whim for pharmaceutical companies to make cosmetics

Pay RMB 370 million advertising fee to Ali in one year Snowflake Show is based in Lazada, Southeast Asia E-Commerce Company 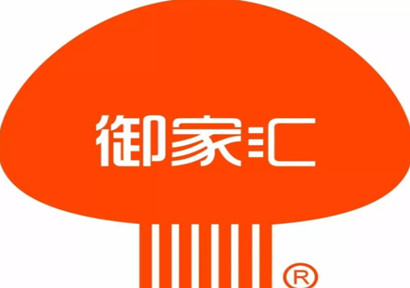 From profit to loss, it is difficult for e-commerce companies to regain hegemony