This week, the domestic power coal market was mixed. From the perspective of the main production area, due to the impact of Pingyao mine accident in Shanxi Province, the safety inspection situation in each production area is getting stricter this week, and some traders are worried about the limited production of coal mines in the later stage, and they are actively pulling coal. This week, the coal price in Yulin, Shaanxi Province increased significantly, with the price of several coal mines rising by 5-10 yuan / ton. Affected by the poor enthusiasm of receiving goods in the lower reaches of Shanxi Province, the overall coal price dropped mainly, with the price of many coal mines dropping by about 5 yuan / ton. The overall coal price in Ordos, Inner Mongolia, ran smoothly. On the port side, this week, the inquiry for low sulfur and high-quality coal resources in the port increased significantly, and the structural coal shortage in the port began to appear. In addition, the daily consumption of power plants continued to rise due to the recent cooling weather.

As a result, port traders began to hoard and sell goods, leading to a small increase in coal prices in northern ports. According to the guidance price of Fengkuang power coal, up to now, the main quotation of 5500 kcal in the port is mostly 554 yuan / ton, and the main quotation of 5000 kcal is mostly 489 yuan / ton. From the perspective of downstream demand, today's think tank believes that with the nationwide wide range cooling and the increase of civil power load in the later stage, the coal consumption of downstream power plants will show a trend of recovery, but under the normal condition of high inventory, the demand for coal procurement will be limited, the coal price does not have the conditions for a big rise, and the short-term coal price will be stable and fluctuated. This week, the inventory of independent coke enterprises in the sample in the coke market fell for two consecutive weeks. After the profit of the downstream steel plants picked up, the delivery pressure of coke enterprises eased slightly.

Coke enterprises in Shanxi, Shandong, Jiangsu and other places increased 50 yuan / ton one after another, but the steel plants did not accept it. Under the deadlock, the price of coke production area remained stable this week, while the port price increased 20 yuan / ton slightly. As of November 22, the ex factory tax inclusive price of Linfen grade I metallurgical coke was 1750 yuan / ton, that of Linyi grade II metallurgical coke was 1740 yuan / ton, and that of Rizhao Port grade I coke was 1750 yuan / ton. At present, there is no obvious support at both ends of the supply and demand of coke. After the profit of the downstream steel plants rises, it is more difficult to suppress coke. At present, the stock of steel plants is still at a high level, and the resistance of coke rising is relatively large. Therefore, it is expected that the coke will continue to maintain stability next week under the support of the cost of coking coal stabilization. Coking coal market this week, the coking coal market is operating steadily under the favorable conditions of many factors. First of all, the long-term price of coking coal determined at the ordering meeting of Nanning long-term association of eight major brands of coking coal has remained stable in 2020, which has boosted market confidence; secondly, two coal mine accidents occurred in Shanxi and Shandong in three days this week, and the expectation of coal mine safety inspection is more stringent, so the attitude of all parties of coking coal mine is becoming stronger.

Up to now, the local coal mines in Pingyao, Shanxi Province are all in a state of shutdown, and the time for resumption of production is to be determined; 19 the major coal groups in western province moved quickly to arrange and deploy full coverage safety inspection; on the 20th, the emergency management department issued a notice requiring all regions to strengthen law enforcement inspection to prevent major accidents in coal mines. In the short term, under the dual effect of tightening domestic security inspection and tightening imported coal, the supply of coking coal has declined. Although the profit of the downstream coking enterprises is meager at present, under the current coking coal supply situation, the pace of replenishment has been accelerated. The sales of coking coal mines have turned better than before, and it is expected that the operation will be stable next week. 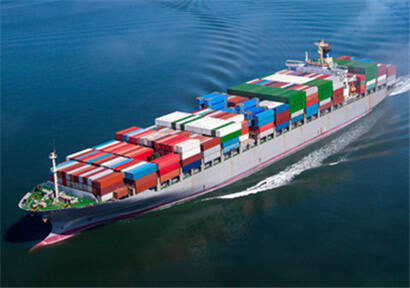 In the first week of January, coal prices in Jincheng fell month on month