The recent rise in the price of methanol is largely caused by insufficient structural supply due to gas restrictions in the Southwest. The southwest region still needs the supply of East China, and the tight supply problem in East China will not change in the short term. However, on the whole, the maintenance equipment is driven in a centralized manner, and the demand has not improved. The problem of oversupply in the methanol market will intensify. In addition, the inventory in the Northwest is high, and the market is under pressure to reduce prices.

The production capacity of Southwest China accounts for 7.6% of the total domestic methanol production capacity, while the consumption is only 4.14%. It can be said that Southwest China is a region with a net outflow of methanol. Local methanol consumption is 200,000 tons. Generally, the gas restriction in the southwestern region will last until March of the following year, and supply will stagnate for at least three months. At present, the local enterprise has only 50,000 tons of inventory, which is far from meeting the demand for three months. In previous heating seasons, gas shortages in the southwest caused the local methanol supply gap to be mainly filled by the northwestern region. However, the price in the northwestern region is currently high, only 215 yuan/ton lower than the southwest region, and 400-620 yuan/ton higher in the same period last year. The current price difference is not enough to cover the transportation cost of 300-400 yuan/ton, so it is difficult for the Northwest region to flow into the Southwest this year. At present, the inventory in the northwestern region is relatively high. As of December 4, the inventory of local methanol production enterprises was 260,800 tons, an increase of 87,800 tons compared with the same period last year, an increase of 50.75%. High inventory, coupled with warehouse depots in winter, the price of methanol in Northwest China may fall in the later period, which will stimulate the inflow of Northwest China to the southwest.

Overall supply over demand is difficult to change

In December, the methanol plant overhauled in the early stage is planned to resume production intensively. According to data from Longzhong Information, it involves 6.82 million tons/year of production capacity. In addition to the 1.9 million tons/year gas methanol plant shutdown in the Southwest, only 600,000 tons/year of Heilongjiang Baotailong was newly overhauled this month, and the overall domestic supply is on the rise. In addition, in the early stage, the shipping schedule was postponed, and a large amount of methanol remained. In the later stage, as the concentration of methanol in the port, the inventory of ports in East China will accumulate again. In contrast to supply, there is no bright spot for traditional demand. MTO is affected by rising methanol prices and profits have fallen significantly. In the later period, downstream companies' raw material procurement may decline.

Based on the above analysis, the futures price of methanol will continue to rebound, but time and space are limited. 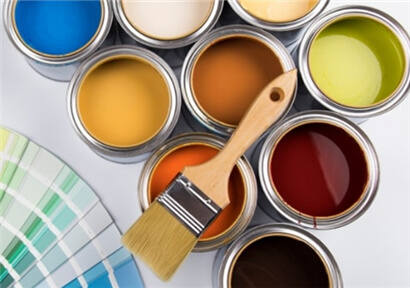 There are many hidden concerns in methanol’s market outlook