Rousseau Metal Inc. Featured on the No. 9 Axalta Chevrolet at Pocono Raceway Axalta Coating Systems has partnered with Rousseau Metal Inc. for the No. 9 Axalta Chevrolet paint scheme. Rousseau will be the primary sponsor featured on the hood of JR Motorsports’ No. 9 car driven by William Byron at Pocono Raceway on Saturday, June 10, 2017.

One of the largest work center, tool box, and shelving system manufacturers in the world, Rousseau has revolutionized the storage solutions industry. For more than 65 years, Rousseau’s well-earned reputation has been built on a philosophy of superior quality, reliability, and service. Rousseau's work centers offer versatile solutions for the market through a complete, distinctive, and personalized approach.

“We are not a one-size fits all company. That’s why those who try Rousseau, stay with Rousseau,” said Charles-Alexandre Pare, VP of Sales and Marketing of Rousseau.

“Both Axalta and Rousseau pride themselves on their innovative technologies, which are key to not only winning in business, but also in racing,” said Michael Cash, President of Industrial Coatings at Axalta. “I look forward to seeing Rousseau on the No. 9 Axalta Chevrolet competing for the winner’s circle.”

The No. 9 Axalta Chevrolet will feature Axalta’s 2017 Automotive Color of the Year, Gallant Gray. Blue and silver flakes that produce a unique sparkle effect combine with rich undertones to add sophistication to the luxurious coating. Gallant Gray is designed to look spectacular on any size vehicle, and will be especially eye-catching on the track at Pocono Raceway. 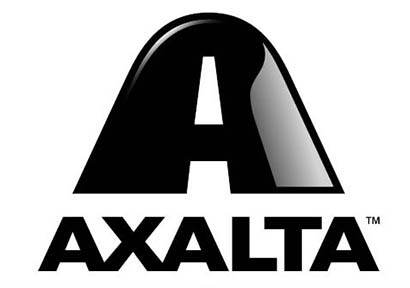