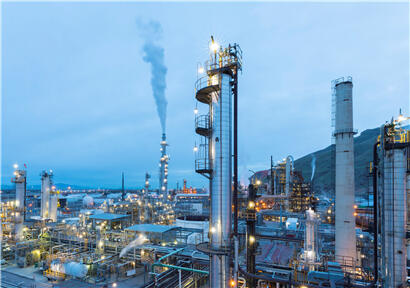 An armed contingent of over 100 commandos from the Central Industrial Security Force (CISF), a paramilitary under the Union Home Ministry, has taken over counter-terror security duties at the country’s second largest single-site oil refinery in Gujarat’s coastal district of Jamnagar. The refinery in the Vadinagar area is owned Nayara Energy Ltd. (formerly Essar Oil). This is the tenth installation in the private sector of the country to get such an armed cover.

The largest such refinery of Reliance in Jamnagar is also guarded by the CISF.

“The location of the refinery is strategic considering the high value of investment in the region and proximity to the busiest sea route. In the light of the threat perception, security of the installation is of utmost importance as this vital installation is contributing to national economy,” CISF spokesperson and Assistant Inspector General Hemendra Singh said.

CISF commandos will provide round-the-clock security in a quick response team (QRT) pattern as part of which they keep vigil from vantage positions using sophisticated assault weapons and use vehicles for swift movement. Regular entry and exit in the facility will be executed by private guards under the overall supervision of CISF personnel and the force will ensure any terror threat is kept at bay and thwarted, a senior official said. The ‘client’ or the contracting company pays for such a CISF security cover, he added.