On May 29, 2017, the European Coatings Journal published the top 25 coating producers’ list according to their sales revenue in 2016. The ranking was based on the producers whose headquarters are located in the continent of Europe. 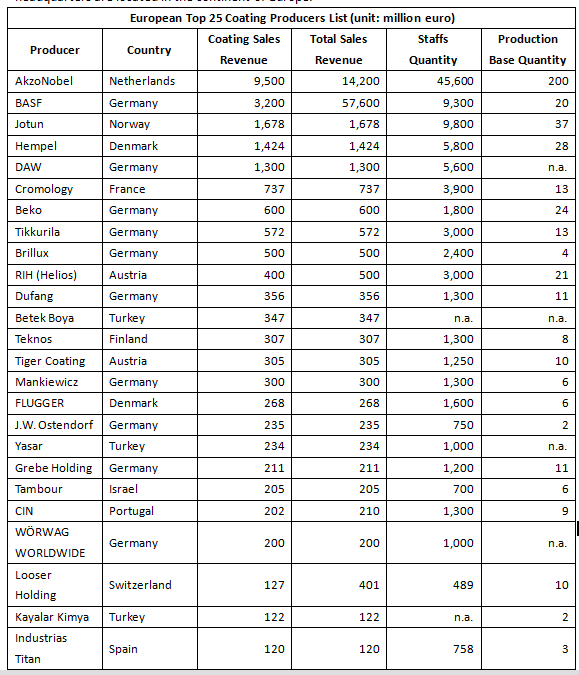 However, some coating producers were not in the list, such as Sika, ALTANA Group, STO Group, etc.

MMA Market Will Be Boosted to Go up in June