Epoxy resin is going crazy, can it continue its upward trend in the later period

Since the end of October 2020, the epoxy resin market has been driven by wind power demand and the occurrence of accidents in the national capital, resulting in a shortage of supply. New year high. In December, due to poor cost transfer and sharp decline in wind power demand, the high level of epoxy resin fell to 20,500 yuan/ton, and until mid-January 2021, epoxy resin bottomed out and rebounded. The so-called sesame blossoms are rising and rising to the present 25,000 yuan/ton, a wide increase of 4500 yuan/ton, or 21.95%. When the Spring Festival is approaching, the rally is so crazy, can it continue in the later period?

At the beginning of the week, the main raw material bisphenol A soared, mainly due to the shutdown of Sinopec Mitsui’s 120,000 tons/year bisphenol A plant, and Lihua Yiwei raised RMB 700/ton to RMB 13,500/ton. Traders were reluctant to sell, which led to the continuous increase in quotations. The downstream just needs to catch up, and the negotiated price rebounded to 14,000-14500 yuan/ton; while another raw material, epichlorohydrin, due to sufficient spot supply and shipment pressure, Jiangsu Haixing lowered it by 550 yuan/ton to 10,250 yuan /Ton acceptance and delivery, the prices of major manufacturers dominate the market, and low prices continue to appear. On the whole, epichlorohydrin has made way for the rise of bisphenol A, which is also in line with the market rule of one up and down. The main raw material bisphenol A has risen significantly, and the cost of epoxy resin has increased, supporting market prices.

A few days ago, due to the extreme cold weather, the liquid resin plant reduced its production capacity. In addition, the 150,000 tons/year epoxy resin plant of Guodu Chemical has been in a state of shutdown. It is heard that the plant will restart in March and April; Jiangsu Yangnong 140,000 tons Due to boiler problems in the early stage of the epoxy resin plant, the production load is mainly reduced. It is heard that the current operating load is only maintained at 50%. All of the above have reduced the overall operating rate of epoxy resin. As of January 18, domestic liquid epoxy resin The average operating rate of the factory is 63%, the market supply is tight, and the factory has no shipping pressure, and the factory prices have been increased widely, and the focus of new order negotiations has continued to rise to a high level.

(1) Due to the existence of public health incidents and as the Spring Festival approaches, downstream industry players consider the possibility of early suspension of logistics and transportation, and the pre-holiday procurement cycle is advanced; (2) It is understood that downstream electronics, coatings and other industries are picking up quickly , The raw material inventory of the factory is low, and there is a demand for replenishment. Due to the uncertain factors in the market, most downstream users just need to replenish, and the trading atmosphere is relatively active.

Based on the above three points, the recent increase in the price of epoxy resin has not extinguished the enthusiasm of downstream terminal purchases, and several large liquid factories seized the current market opportunity in short supply, and prices have soared and become out of stock. Happening.

The electronics industry is currently very prosperous, and the offshore wind power industry will gradually recover after the Spring Festival. The demand for epoxy resin will be more vigorous. Therefore, Longzhong Information predicts that the short-term epoxy resin market is still in an upward channel, and the supply and demand side will determine the price of epoxy resin. the height of. In the long run, as the New Year’s Day approaches, part of the downstream will enter the holidays one after another, and the end of stocking will reduce demand, which may restrict the epoxy resin market. The risk of a high fall is not ruled out. We still need to pay attention to downstream demand after the Spring Festival. Analysis of the coating material market this week LG fire caused bisphenol A to seal the disc, and the epoxy resin had to rise 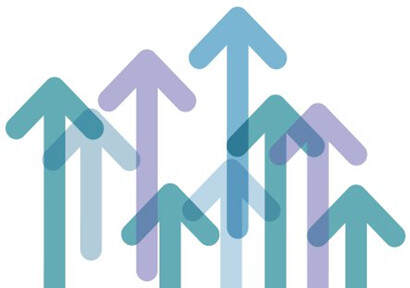