Polyester raw material prices are likely to rebound at the bottom

With the second bottoming of international oil prices, the domestic polyester raw material futures prices in April showed a clear upward and downward trend. The PTA main 2009 contract fell quickly after the low point at the end of March, while the MEG main 2009 contract failed to penetrate the previous period , the overall trend of futures prices is stronger than PTA.

In the past April, international crude oil fluctuated greatly. During the period, WTI's May contract once experienced negative oil prices. Under the double pressure of severe oversupply and tight storage capacity, oil prices continued to fall sharply. The Brent June contract fell to Near $ 16 / barrel, fluctuations in oil prices directly affect the trend of polyester raw materials.

However, driven by the stabilization of oil prices in the second half of the year, the main contracts of PTA and MEG also experienced a slight rebound.

From the downstream demand side, before the domestic Ching Ming holiday, a large number of speculative buying interventions caused the terminal production and sales rate to soar, which in turn led to a decline in the inventory of polyester finished products from a historical high, and the inventory pressure was significantly eased.

In April, the production profit of domestic polyester enterprises gradually declined from the previous high point. At this stage, only DTY in the filament can still be profitable, and POY and FDY are near the breakeven line. Judging from the development of the epidemic in Europe and the United States and other countries, the phased peak has passed and the expectation of resuming production and production is strong, which may play a role in promoting the demand for textile and clothing in the later period.

As for PTA, in the previous quarter, domestic PTA ’s social stocks have accumulated nearly 1.8 million tons, and the absolute stocks have reached historical highs.

More importantly, this month's domestic PTA's spot processing fee is significantly higher than that of March. In the case where the upstream decline is greater than the downstream, the price difference between PTA and PX continues to expand, and the processing fee is basically RMB 600-800/ Ton within the month.

In the case of continuous expansion of production capacity, the above-mentioned processing fees are at a high level, which also directly causes the enthusiasm of PTA production enterprises to increase, and the maximum construction load within the month climbed to 92%, further aggravating the accumulation of domestic PTA social stocks.

In addition, the price difference between upstream PX and naphtha fell from nearly US $ 300 / ton at the beginning of the month to a minimum of nearly US $ 240 / ton, and then rebounded to around US $ 270 / ton. As futures continued to rise above the spot price, which resulted in manufacturers selling PTA to the futures board, the number of registered warehouse receipts on the exchange rose rapidly, and future delivery pressure was obvious.

From the perspective of MEG, the accumulation rate of MEG inventory in the East China port area has slowed down this month. The highest climbed to 1.25 million tons within the month and then fell to 1.17 million tons. The impact of inventory clearance, but the high port inventory may continue.

From the point of view of production profit, due to the apparent weakness of naphtha this month, the profit of naphtha-made MEG continued to maintain a high level, the highest once exceeded US $ 100 / ton, and the lowest profit was also close to US $ 50 / ton.

However, when the price of coal fell far less than that of crude oil, coal-based MEG companies suffered severe losses this month, most of them lost to cash flow, which led to a substantial drop in the operating rate of coal-based companies to around 35%. China has eased the pressure on domestic supply.

When the absolute prices of PTA and MEG are near historical lows, along with the stabilization of international oil prices and the future development of the European and American resumption process, the bottom of polyester raw material prices is more likely to rise.

3 consecutive years! No. 1 in the global coatings industry list: Sherwin-William 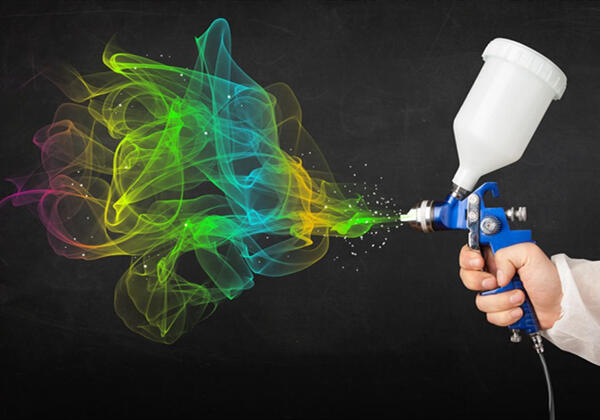