THE Alliance plans to blank a quarter of its Asia-North Europe sailings in the first week of December. Here are details on the December 2020 updates below. FP1, FP2, FE2, and FE3 will maintain weekly sailings in December, except for in the following week:

Asia and the Mediterranean

MD1, MD2 and MD3 will maintain their weekly sailings in December, except for in the following week:

All PSW (including India leg for PS3) and PNW loops will maintain their weekly sailings in December.

All USEC loops will maintain their weekly sailings in December, except for in the following weeks:

AG1 will remain merged with AG3, the AG2 and AG3 will maintain all sailings in December.

All transatlantic loops will maintain their weekly sailings in December, except for in the following weeks:

Alphaliner noted that the record high for spot rates between Asia and North Europe, as recorded by the SCFI, was $4,328 per 40ft, in March 2010, which means should Hapag-Lloyd's latest FAK rate be accepted, it would set a new record. From November 15, 2020 to December 2, 2020 (Departure date), Hapag Lloyd will apply a Peak Season Surcharge (PSS) for all cargoes from mainland China to Intra-Asia as follows:

Hapag-Lloyd told customers yesterday that FAK rates from Asia to Northern Europe (excluding the UK) will rise by $2,000 to $4,890 per 40-foot high cubic feet (H/C) from December 1, a staggering EYE.

For the UK, Hapag-Lloyd's FAK rate will be $5,390, and for Western Mediterranean ports, the same rate will be applied to raise the rate to $4,910.

In addition, the bank will also increase the MFR (Marine Fuel Recovery) surcharge by $310 for Northern Europe and $296 for the Mediterranean respectively. Although container shortages for the transpacific are leading to surcharges as well as rising rates and shortages on Asia-EU lanes where prices climbed 6% so far this month and are up 47% over last year.

Continued growth has not only kept rates high, but has also led to an increase in peak season surcharges, equipment costs and premium space.

Strong demand on the Asia-North Europe route has put pressure on rates, which have risen more than 6 per cent so far this month to US$2,232 per FEU. Prices have now reached multi-year highs set in mid-September and are nearly 50 per cent higher than in the same period last year. 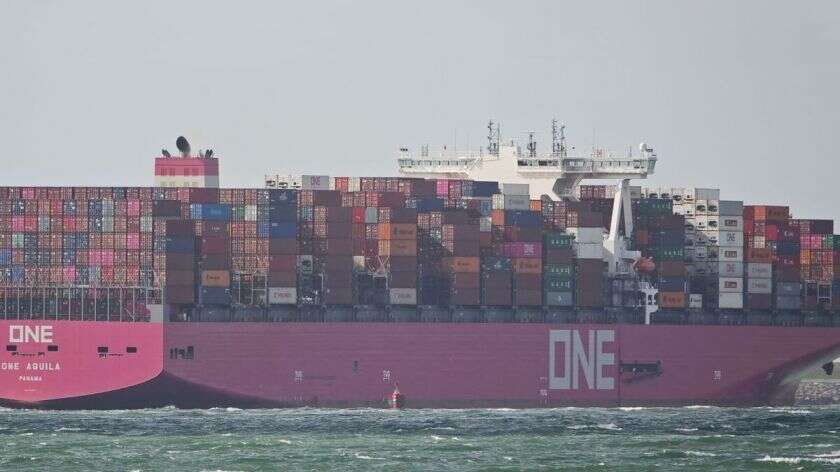