 Home > Impacts on the Domestic Market of Benzene, PX and Styrene from Explosion Acciden

Impacts on the Domestic Market of Benzene, PX and Styrene from Explosion Acciden

On the afternoon of April 7, an LNG pipeline burst occurred at the No.3 Aromatics Plant of Formosa in the Liuqing industrial zone of FPC. The thud was even heard 20 kilometers away in Huwei Town.Nearly ten thousand people in the nearby five villages were evacuated. Fortunately, there were no casualties. The Environmental Protection Bureau of Yunlin County fined the company NTD 5 million under the air pollution act and ordered the plant to shut down until an investigation report was issued. Preliminary investigation by the fire bureau found that the LPG pipeline of the Formosa Aromatics Plant ruptured and leaked, which led to the gas explosion.

Experts in the chemical industry pointed out that if the gas explosion accident caused the company to shut down for too long, the short supply will probably cause the price of pure benzene, PX and other chemicals in Asia to rise in the second quarter. Here are impacts on the aromatic hydrocarbon market:

Impacts on the pure benzene market

This accident affects the production capacity of pure benzene at 640,000 tons/year. It will directly lead to the sustained rise of FOB Korea price and indirectly increase the price of pure benzene in China.

Impacts on the PX market

The total capacity of Formosa PX plant is about 1.78 million tons per year, accounting for 3.7% of the total capacity in Asia.The main aromatics device was not damaged in this accident, so it is expected that the maintenance period will not be long. It is estimated that the price of PX will rise due to the short-term supply tightening, but it is possible that merchants will continue to speculate.

Impacts on the styrene market

So far, all three sets of styrene units of Formosa have maintained operation, but the 600,000-ton/year unit will be stopped around the end of this week for a planned overhaul within one and a half months.

It is reported that the shutdown of the upstream 640,000 tons/year pure benzene device will be relatively long. Although it has no effect on styrene market in the short term, if the supply of pure benzene as raw material is reduced in the long term, it is likely to have some impact on the operating rate of the other two sets of styrene devices.

Impacts on the ethylene glycol market

The accident had little impact on the overall supply pattern. For the market, the PTA of related products surged, thus driving the market of ethylene glycol to soar.

Impacts on the PTA market

The accident did not cause the PTA device to shut down, so the supply and demand pattern has not been affected. However, the shutdown of the raw material PX plant may tighten the PX supply and cause the price rise. Therefore, the support of the cost side for PTA is strengthened, which may further promote the sustained rise of PTA market price.

PTA market may tighten supply in April and May, which may continue to boost demand in recent months. However, the FPC explosion caused the price to surge. In the afternoon, Hengli 2.2-million-ton device completed maintenance and restarted ahead of schedule, thus the price of PTA fell sharply. This shows that the price rise driven by news will be hard to sustain. In the next few days, attention to the implementation of several major devices maintenance is needed. The PTA market in recent months will fluctuate, still facing bad news that will bring cost down.

Classic car care: Fountain of youth for your favorite The leadership competition between multinational giants and enterprises 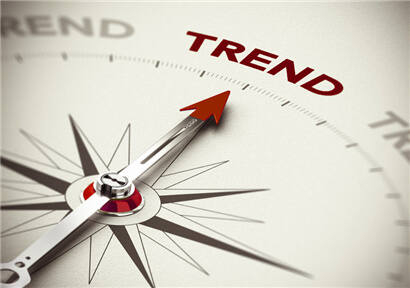