Over 1,600 textile machinery manufacturers have applied to exhibit at the sixth combined show, snapping up all of the available 170,000 square metres gross of exhibition space to showcase state-of-the-art machinery, as well as products that boost automation and energy-saving features.

According to Cematex, the enthusiastic response for the exhibition is the result of China’s ongoing strategic push for innovation to enhance the global competitiveness of Chinese textiles and other industry sectors under the government’s 13th Five-Year Plan period (2016 – 2020).

“We are delighted that the combined exhibition has continued to garner strong interest. It proves that our exhibition is the industry-leading platform in Asia for textile machinery manufacturers to showcase a wide spectrum of cutting-edge solutions,” said Fritz P. Mayer, President of Cematex.

Although the space application deadline has passed, the show owners are still besieged with late applications, and a waiting list for space has now been drawn up. Approved exhibitors will receive their stand allocations on 21 May.

The last ITMA Asia + CITME combined show in 2016 welcomed the participation of 1,673 exhibitors from 28 economies and registered a visitorship of over 100,000 from 102 countries and regions. This year, the show will be held at the National Exhibition and Convention Centre (NECC) in Shanghai from 15 to 19 October 2018. 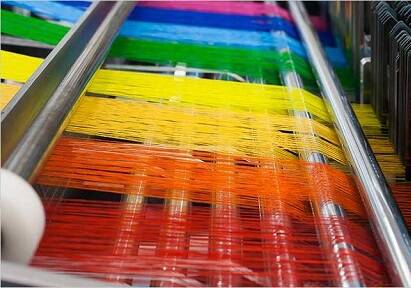 US HFPA Argues Against Tariffs on Chinese Textile Imports