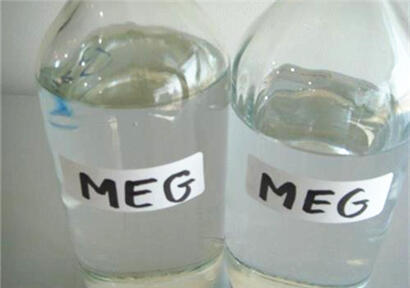 European monoethylene glycol (MEG) margins and spot prices have been under pressure for the majority of 2019 and it is unclear if any respite is on the horizon.

With lengthy US availability stemming from higher capacities, sources are concerned this will continue to weigh on European import supply.

A watchful eye is also cast over the market in Asia, where prices recovered last week after the delayed implementation of several proposed tariffs on Chinese exports.

In the domestic European market, a spate of unplanned constraints in upstream ethylene could alleviate the current pressure in the glycol market.

There has not been an impact on glycol supply so far and local integrated suppliers have been optimising production more towards purified ethylene oxide (EO) and away from glycols due to the persistently low spot prices. Suppliers are concerned margins will continue to be eroded due to oversupply.

Variable margins in Europe dropped by less than 1%, posting a small reduction in margins despite feedstock price decreases in the week to 16 August. A couple of glycol sellers thought that availability could be becoming more comfortable and less long compared to July, while a trader said that the situation had improved as of last week, with buyers checking the market for material.

“A few [buyers] looking to lock down product … [It is a] twinge of optimism in a sea of despair,” a trader said.

US imports into Europe have increased this year following glycol plant start-ups which brought length to the market in 2019.

EU ethylene glycol (EG) imports soared by 30% in June, year on year, to 72,980 tonnes, according to the latest Eurostat data.

“Everybody tried to get every penny from the European market [in the] first six months [of 2019]," a source said.

"The price level is getting really ridiculous, the local producers are just suffering," it added.

The delayed implementation of several US tariffs on Chinese exports to 15 December, including certain types of footwear and clothing, led to a slight recovery in the Asian market last week.

This has led some sources to think a shift in market dynamics could be on the horizon.

MEG prices in Asia posted record lows in the first half of 2019, with margins impacted significantly.

The dollar strengthened slightly against the Euro last week, making it less attractive to buy from the US, a market source said at the end of last week.

“For spot business, we do not bring in August and September because China is so much higher,” a buyer said on 16 August.

“[It is] not a healthy situation, as there is no gap between CIF and FCA”, a trader said.

WINTER MAY PROP UP DEMAND

Demand is slow, especially in the south of Europe where many players have stepped away from the market for summer holidays.

The unhealthy gap between CIF and FCA continues to be a concern for traders and distributors in particular, although sellers hope for some recovery or stabilisation as the antifreeze season approaches.

The first half of the year brought lower-than-expected consumption from that end market, according to a couple of antifreeze makers, and hopes remain for some pick-up in the last quarter of the year.

A market source said that some volumes previously sold are set to be delivered in winter, which will occupy tank space.

Looking forward, sources have said they are concerned over new capacity coming on stream in the US next month.

European players are holding their breath for the fourth quarter.

MEG is mainly used in the production of polyester fibres, resins and films (around 80% of global consumption), followed by use in polyethylene terephthalate (PET) resin. It also used as automotive antifreeze. 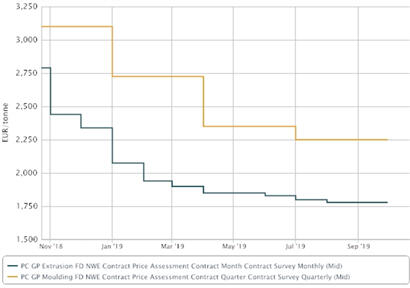 Europe PC fundamentals to remain weak into 2020 and beyond 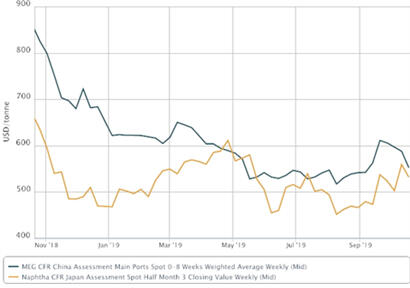