The Changing World of European Pigments

The European supply chain for printing ink pigments is currently going through a transition period, which has raised hopes for greater stability in prices and more secure availability of products. But these expectations may turn out to be overly optimistic.

There is currently less reliance on imports. At the upper end of the market, there are larger quantities of pigments being made by European-based producers, although these are becoming more concentrated as a result of mergers and acquisitions.

However, for the moment, there is little evidence that these changes will be able to eliminate the usual problems of volatile prices and frequent shortages of certain organic pigments.

The biggest recent fluctuations in prices has been with titanium dioxide (TiO2), which after weakening for a while, began to rise sharply last year and looks likely to continue to increase for much of the rest of 2017.

Uncertainties about future trends in Europe’s TiO2 market have been exacerbated by acquisitions and disinvestments, which are triggering cuts in capacity.

Doubts about future supplies and costs is forcing printing ink producers to consider once again ways of reformulating with alternative materials so that they can reduce the TiO2 content of their products.

Throughout most printing sectors in Europe, there is a growing preference for more and stronger colors, together with more sophisticated and novel special effects.

In some cases companies have moved out of pigments altogether or some parts of its market. Huntsman, a major supplier of speciality TiO2 for printing inks, announced last year it was following the example of DuPont by spinning off its pigments operations into the newly created company Venator Corp., which, in addition to TiO2, is making iron and other metal oxides, ultramarines and carbon black. The divestment comes only two years after Huntsman acquired Rockwell Holdings’ TiO2 activities, including its 30,000 tons a year Sachtleben facility in Germany for making titanium dioxide for inks.

Huntsman’s planned withdrawal from the TiO2 sector means that the pigments business of the merged HuntsmanClariant will comprise mainly Clariant’s premium and high performance products for printing inks and other coatings.

The acquisition by Tronos of Saudi Arabian-owned Cristal will leave the European TiO2 market consisting primarily of an expanded Tronos, Kronos, DuPont’s spin-off Chemours and Venator.

Analysts expect there will be soon be further consolidation, probably as a result of expansions by Chinese operators. There has been speculation that Lomon Billions of China, now the world’s fourth largest TiO2 producer, wants a stronger presence in Europe. In October, it acquired its Chinese rival Henan Billions, which has already entered the European printing ink TiO2 sector through the purchase of Sachtleben from Huntsman, giving it access to expertise in nano-scale TiO2 particles.

Overcapacity in TiO2 in China following a slowdown in demand growth in the country has prompted Chinese producers to divert output to European and North American markets, where prices of the pigment have been rising strongly.

Prices have been increasing in Europe since reaching a trough at the end of 2015. By early 2017, they had recovered to the same levels as two years previously. Then ink makers were hit by steep increases after a fire badly damaged a 130,000 ton a year Huntsman plant at Pori, Finland, which makes most of the company’s graphics art grades for the European market.

In the UK, TiO2 prices soared by 22% in the early part of this year, according to the 2017 Raw Materials Survey of the British Coatings Federation (BCF), whose members include ink producers. In addition to TiO2 shortages, a weak UK pound was also a factor behind the increase.

European TiO2 prices for the grade went up so sharply that the shutdown of the plant had much less of an impact on the company’s finances than expected. The first quarter sales for Huntsman’s pigments and additives operation were almost static compared to a year ago, while earnings before interest, tax, depreciation and amortization (EBITDA) dropped by nearly 18% because of the fire.

The tightness between supply and demand in TiO2 in Europe seems destined to continue well into the second half of the year. This will help to reinforce a return to profitability of TiO2 producers, but it will put further pressure on the margins of inks and other coatings makers.

Despite rising prices, TiO2 producers have been continuing to cut capacity in Europe even before they started to reorganize their activities in the wake of the latest acquisitions. Before spinning off its pigments operations, Huntsman has been conducting a phased closure of a TiO2 plant at Calais in northern France.

However, much of the capacity reductions have been focused on commodity materials while producers endeavor to ensure that specialty and more profitable grades make up a higher proportion of their output.

The strategy has been to improve quality through greater uniformity in the sizing, shaping and surface modification of the pigment particles, which helps make printed surfaces more eye catching and visually attractive. Ironically, similar processing methods are being applied by producers of calcium carbonate and other fillers to increase their refraction power so that less TiO2 needs to be used. Is the titanium dioxide industry “centralized”? 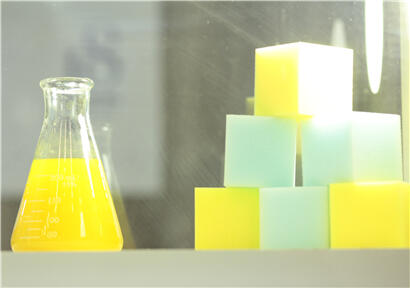 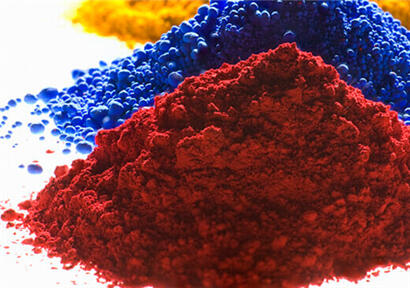