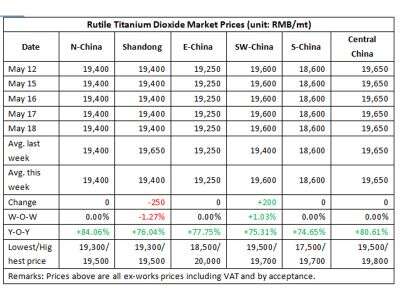 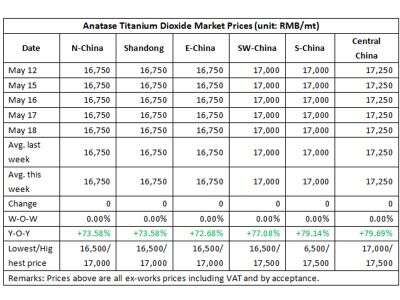 The Chinese anatase titanium dioxide market remained stable this week. The supply of titanium ore was not that tight as before. Dealing prices in the market were flexible.

The overall operating rate will be around 70% and the production will be stable. The overall inventory is modest. And the demand is recovering. The titanium dioxide producers are positive about the market. It is predicted that the market price will be stable in the short term.